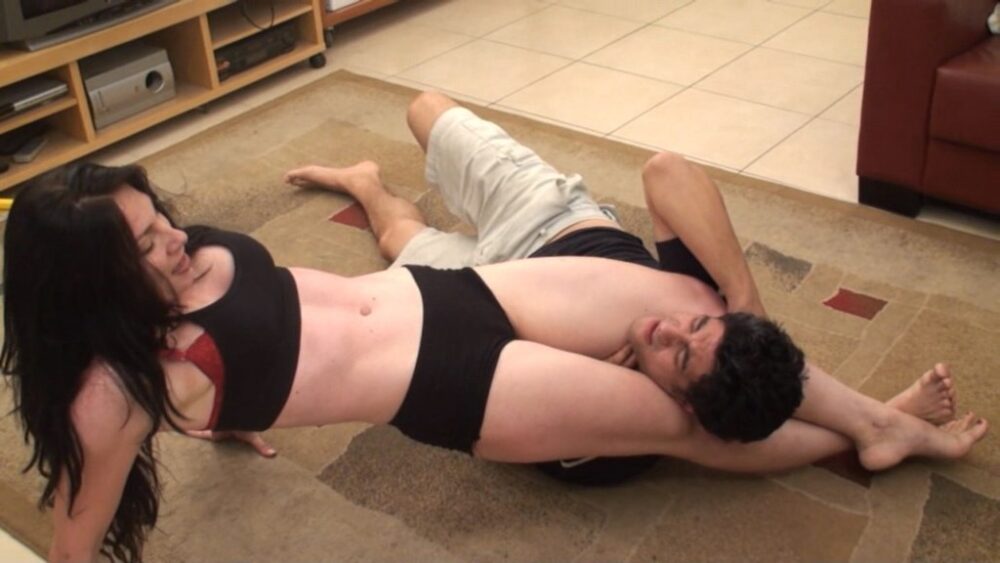 The movie starts with Trinity is enters the room, carrying an man in her arms. She puts him down on the floor and kisses him on the chest a couple of times, then on his face. The guy finally wakes up and is terrified. He wants to run away, but Trinity is determined to have her fun with him. And so, the wrestling begins. Trinity doesn’t have any troubles at all doing whatever she wants to the guy. Her victim is trying to resist, begging for mercy and asking her to stop but he’s helpless, he doesn’t stand a chance. Trinity plays with her male victim like he was her toy, puts him through various dominating holds, wrestles him down, immobilizes him, proceeds to kiss his chest face and neck against his will, taunts him, stands him down and presses & pins him to the wall. At the end, Trinity carries her victim and put him down on the sofa, pin him to it while pulling a blanket up to cover them both, leaves for your imagination what’s going to happen next…. 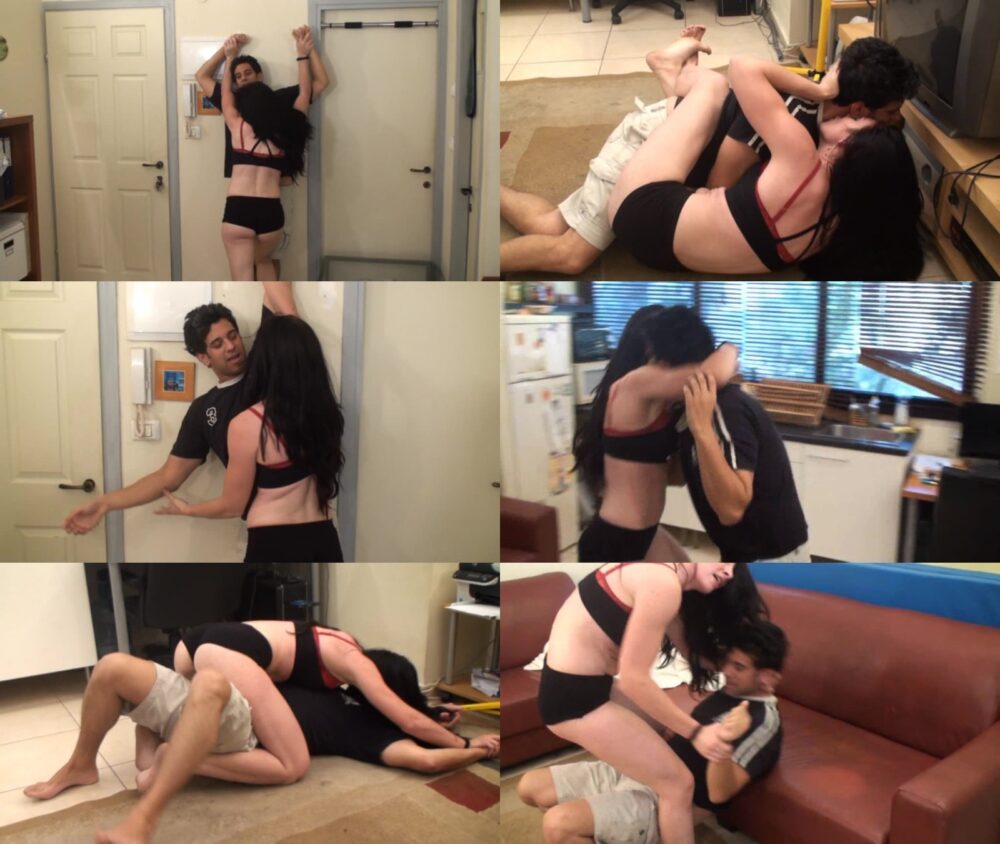