Mistress Stella Liberty is working out in her home gym when her collared slave dave the slave interrupts her focus with a plea to be released from his 2 month chastity. His annoying demands make Stella snap back with a cruel reminder that his life as part of her stable is a fantasy that can quickly turn into a nightmare. She knocks him out by a single whiff of her smelly gym socks and when he awakes he finds himself in a cruel predicament. Since slave believes the status of his dick is so important, Mistress punishes him accordingly. Clothespines, whips, neon wand, bondage, floggers, tawse, nothing is out of reach. Slave will never ask for what he needs from now on, instead adore the affection and kindness (however lacking) that he receives. 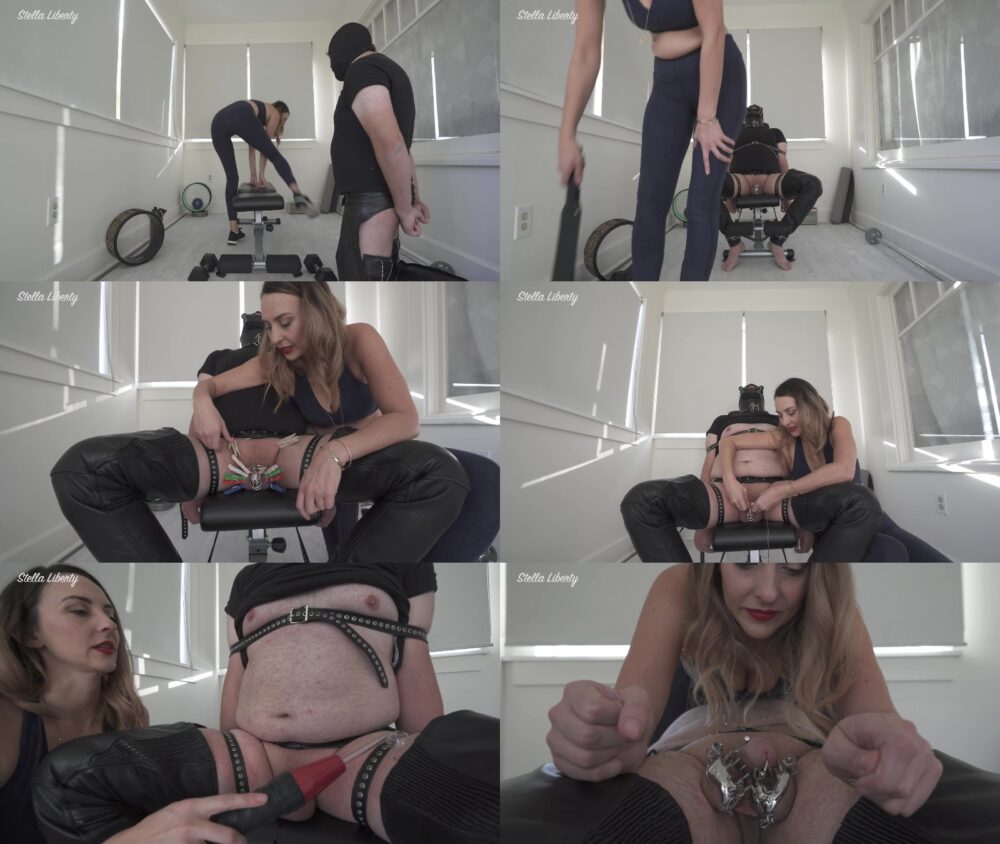