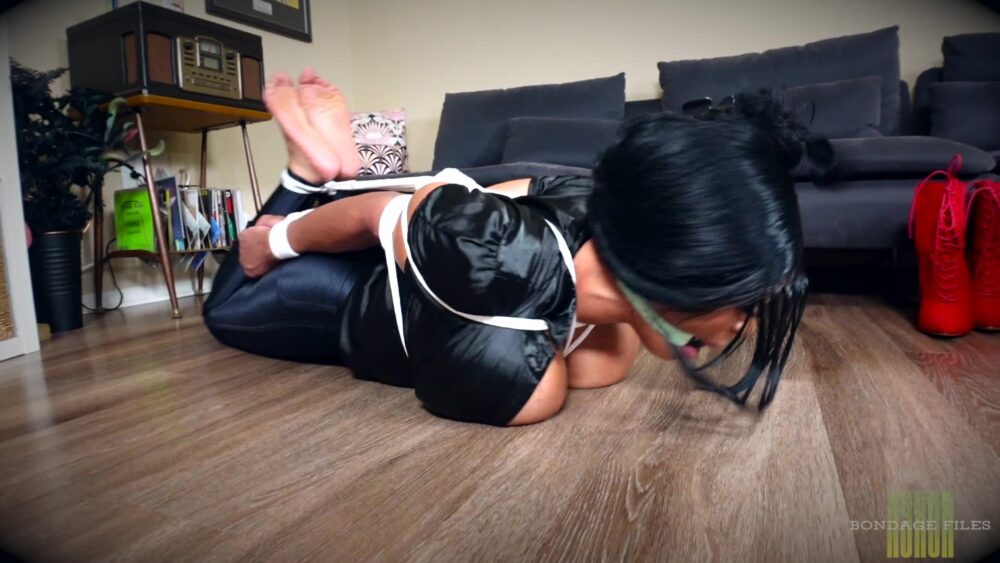 Nyxon borrowed a large sum of money from a loan shark, and doesn’t feel the need to pay it back. While she’s bragging about it to her friend over the phone, there’s an aggressive knock at her door. The knob jiggles & in walks Bella Madisyn, the loan shark’s muscle. She’s been sent to shakedown Nyxon for the money, and when Nyxon tries to run away, Bella picks her up & throws her over her shoulder. Nyxon kicks & screams, but promises Bella that if she puts her down she’ll get her the money. Bella places Nyxon back onto the floor & quickly Nyxon grabs a bottle of mace & sprays it in Bella’s face. Bella screams & begisn to rub her eyes, and when the next scene opens up we see Bella on the floor hogtied nice & tight. Nyxon places a ballgag into her mouth, then leaves her to struggle while she goes & spends more of the loan shark’s money. 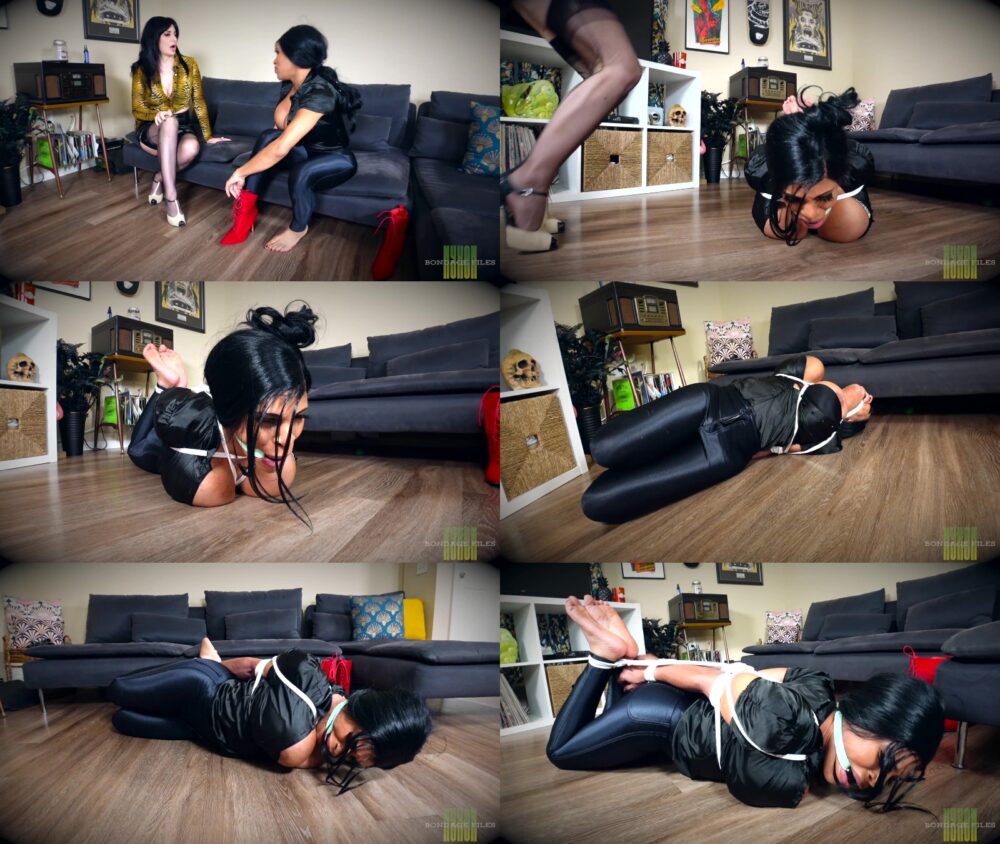