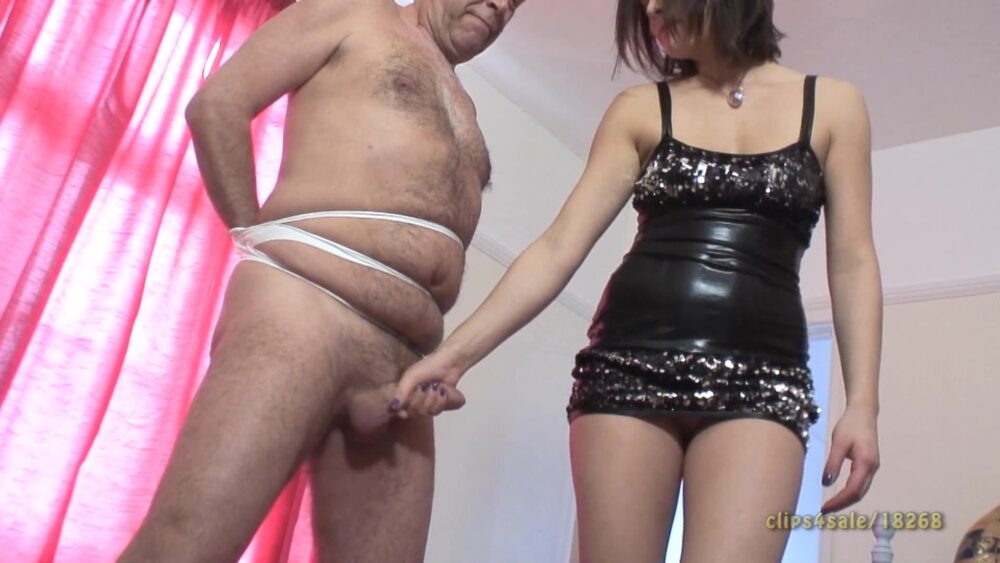 Mistress Sina has decided that her slave has ‘bad, bad, balls’ and is going to teach them to be good. Why she has decided this we don’t know, but believe it just an excuse for her to inflict pain on her slaves balls. After tying him to her pole she has full access to his balls and grabs them, squeezes them, twists them and punches them. She also rams her elbow in to them causing her slave great pain. She then kicks him in the balls and follows this by placing a strap around his balls to make them more exposed. She then grabs, twists and pulls them some more before sinking her sharp teeth in to them. After some more kneeing and kicking she takes him down from the pole and drags him by his cock into her dungeon where she makes him lie on his back whilst she ties his legs apart. She then squashes his balls with her knee, grabs and twists them again and also punches them. She bites his balls again and in the end unties him, stands him up and finishes him off with some more knees and kicks right into his exposed balls. There is no doubt that Mistress Sina thoroughly enjoys the pain she inflicts on men. 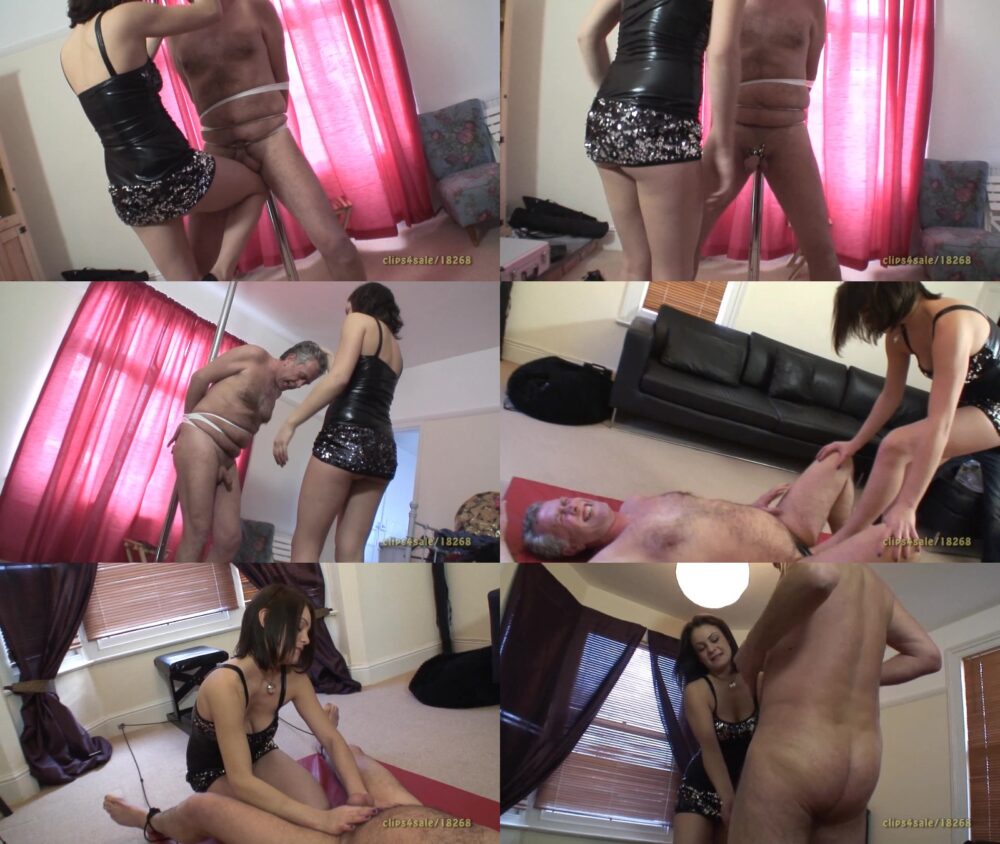