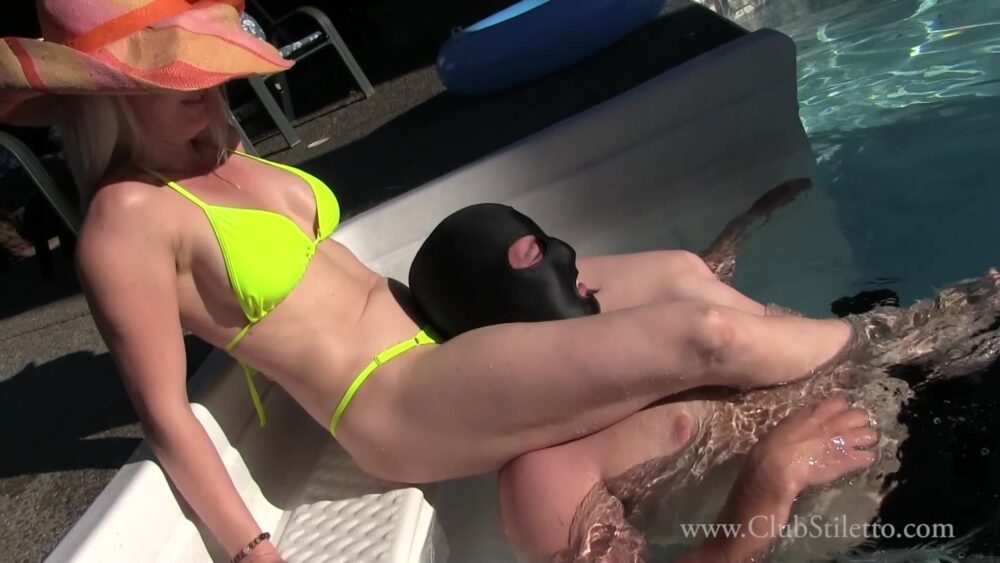 It’s a warm sunny day and Miss Madison is back in the pool. Naturally any man would like to get between her legs, especially a slave. "I know you’ve always wanted to get between my legs" she tells him as he kisses her feet. She calls him up but no pussy for him, she’s going to scissor him. She squeezes as hard as she can and when he goes 1imp she takes her foot and pushes him under the water.

"It looks like I might need a new slave" she says just as the slave snaps out of it and pops out of the water sputtering and coughing. She repeats the process again and as he goes under the water again she comments that he’s a lot of fun. LOL. When he comes up for air she has him worship her feet. "Who knows one day it might all end for him" she says looking at you and adding, "Then it will be your turn."

Oh my, Miss Madison Stone looks just stunning in a sexy little bikini as she sits on the steps of the pool. At first, you might not even notice that she has her foot on her slave’s head while she holds him under the water. When she decides to let up, the slave springs to the top and gasps for air. She orders him between her legs but quickly tells him to turn away, to ensure his slave mouth doesn’t get anywhere near her pussy. Now it’s time to work her powerful legs out on his neck. Miss Madison loves to work out, and as a result, to be between her thighs is a real crushing ordeal. “I don’t need your mouth on my pussy,” she tells him. Her legs wrap around his neck and you can see the slave’s face turn beet red as he kicks for air. When all the fight has left him, she releases him and pushes him under the water with her feet. A few seconds pass and the disoriented slave pops up out of the water once again and gasps for air.

She wraps her legs around him and this time it doesn’t take long for the slave to go . Again, she pushes him under. When he comes up this time, she says, “You keep finding yourself under the water. Is that scary for you?” The slave says it is and M tells him he shouldn’t worry because “This guy will take your place” as she looks directly at you. Well, are you up to it? Again, the slave is ordered between her powerful thighs, which just look so amazing when they’re flexed, and this time she tells the slave to fight. He kicks and tries to break free but he’s no match for Miss Madison’s legs and he soon finds himself under the water once more. When he resurfaces this time, she tells him to go back under and kiss her feet. When he’s topside again it’s right back to being gripped between the Goddess’s legs. The slave is clearly exhausted but Miss Madison shows no compassion and is clearly delighted with his state. This time when he goes under, she gets up and stands on his head. Ruthless! 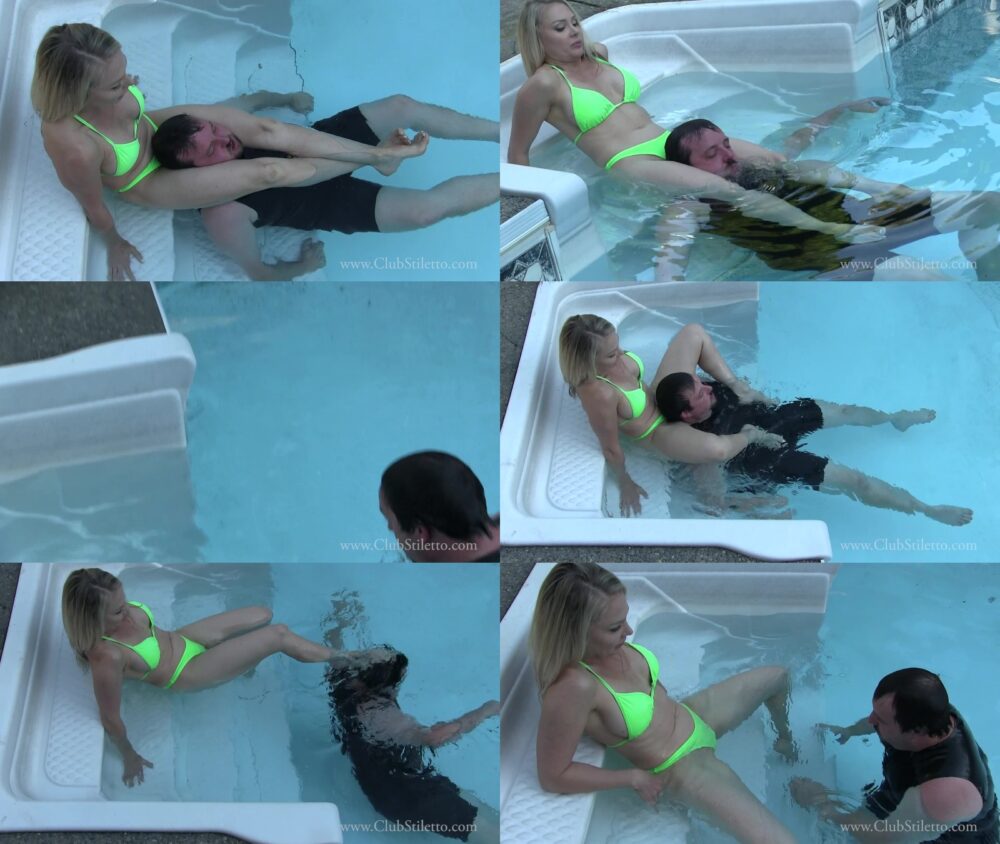 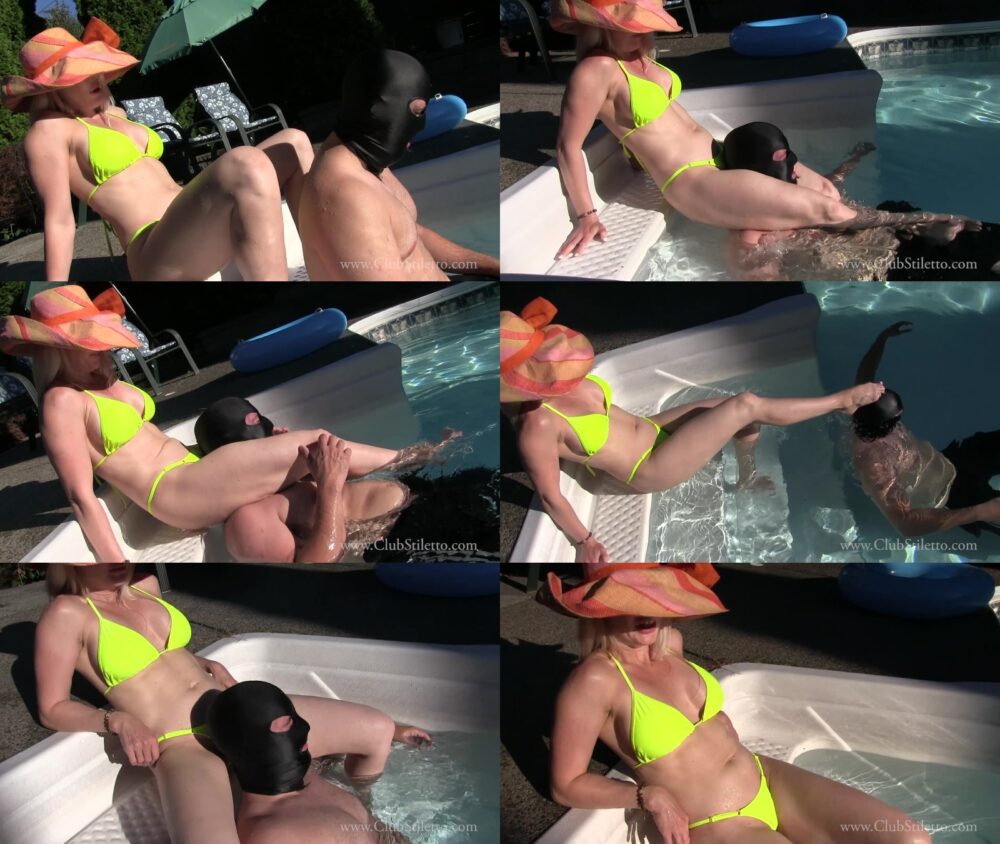