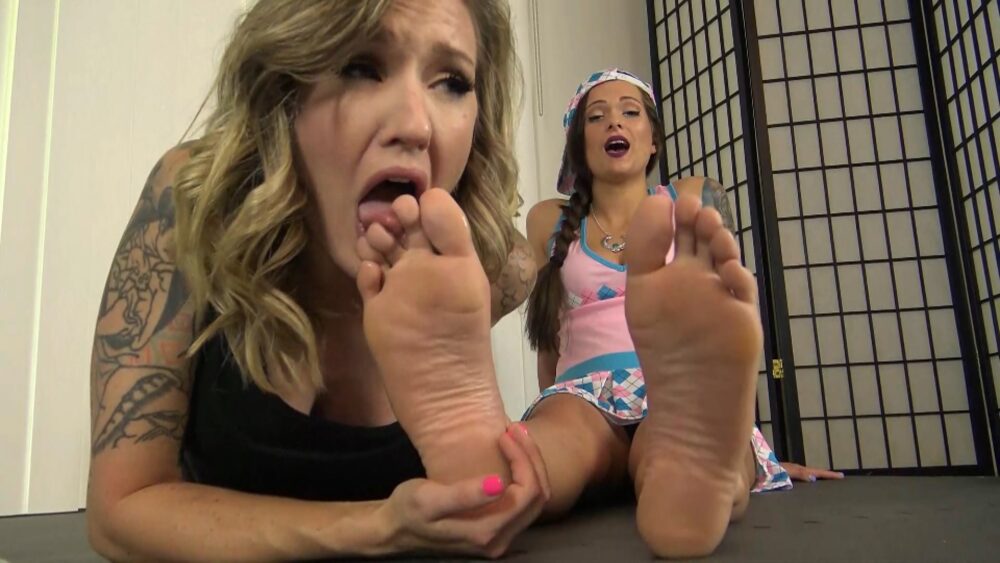 Maria Marley and Reagan Lush made a bet before their round of golf, who ever won gets to have their feet worshiped. Reagan lost and she’s not such a sore loser but Maria on the other hand might be a sore winner. Reagan knows she has to take her punishment and Maria is quick to dish it out telling Reagan to take off her own sneakers and sniff them. The shoes Reagan had on smell gross, and her socked feet are probably worse, which Maria knows and makes her smell next. Maria enjoys Reagan as she tells Reagan to remove her own sock and sniff and lick her bare soles. Reagan can feel the and from her own feet, too bad for her Maria isn’t even half way done collecting on her bet win. Maria puts Reagan at her feet telling Reagan now she’s going to do the same thing but to Maria’s big size 8’s which worked harder and won so are probably even more sweaty and smelly. Reagan takes off Maria’s sneakers sniffing as instructed, then buries her face in Maria’s socked soles. Maria enjoys dominating and humiliating Reagan under her feet making Reagan remove her sock and lick her soles. The best part yet for Maria is having Reagan lick up her soles, in between her toes, and suck on her toes, while all along Reagan just wants it to be over. 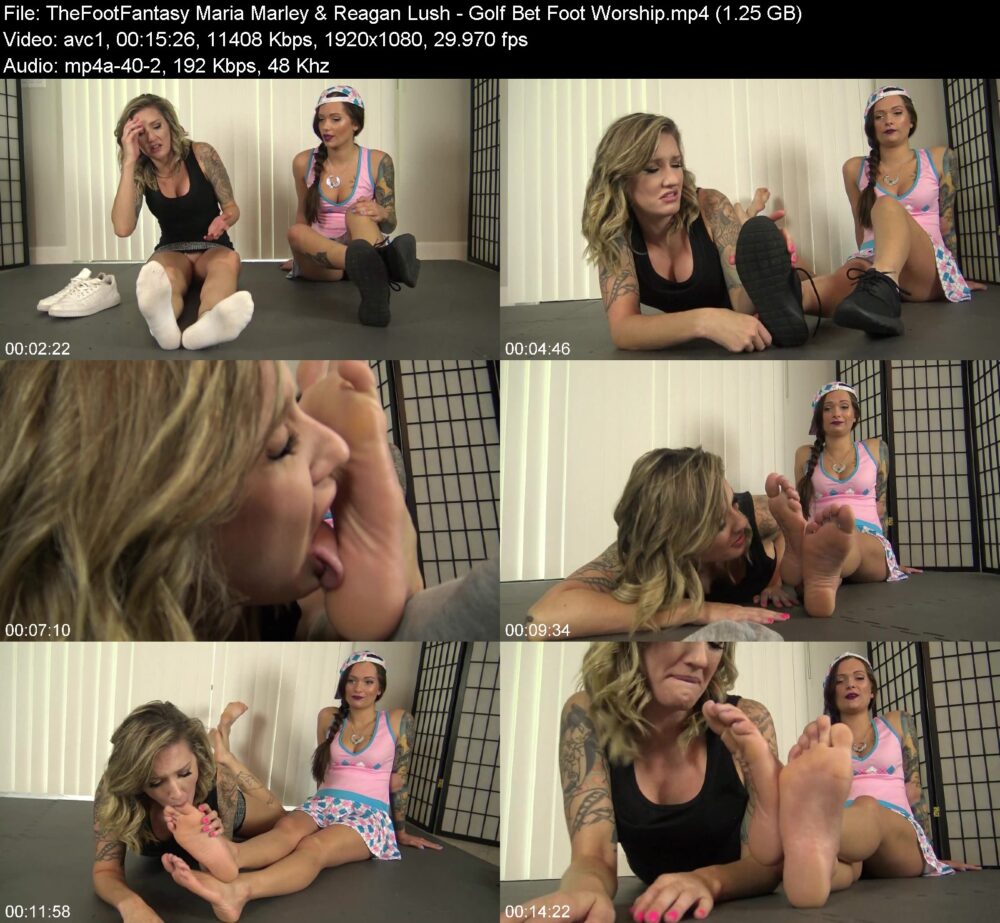