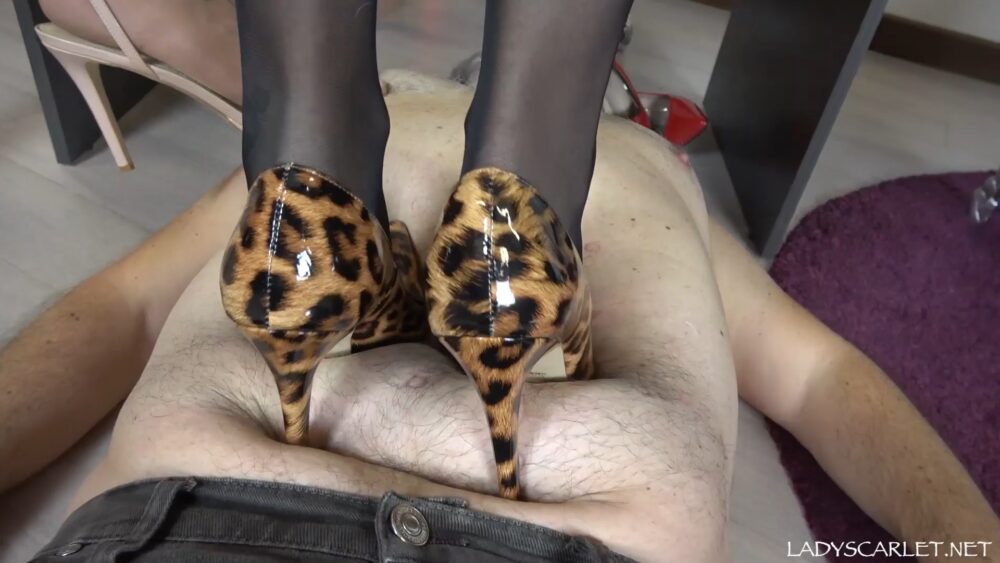 Prelude – The company is run by three Women, beautiful and authoritarian. Scarlet the redhead, Gea the blonde and Cleo the brunette. The company works and is among the most productive because the trio is ruthless and commands with terror: blackmail, threats of dismissal, harassment, salary cuts… Employees live in fear, but for this they show respect and obedience. They are also aware that finding another job is difficult and then they work for the most beautiful Bosses of all companies! They are in fact envied by all the other workers who do not really know of the slavery to which the employees who are obliged to keep silent are subjected. –
Gea finds out that this employee took a longer break than allowed, so we have no doubts, we need to fire him immediately. This loser begs us that he needs the job, he has a mortgage to pay and he is willing to do anything we want. Of course he couldn’t imagine what would happen to him shortly thereafter, when all of a sudden he found himself first on his knees and then lying with his face under the desk and Cleo’s feet on his nose and mouth. And that’s just the beginning, we want to inflict exemplary punishment and literally leave marks on his flesh as a warning to all other employees: our sharp heels take turns slipping into his flabby abdomen as his screams of pain are muffled by one of us who keeps her feet on his face. To conclude, Cleo and Gea go up on him at the same time while I shut him up by putting my heel down his throat: we send him away full of holes and without the t-shirt we seized. 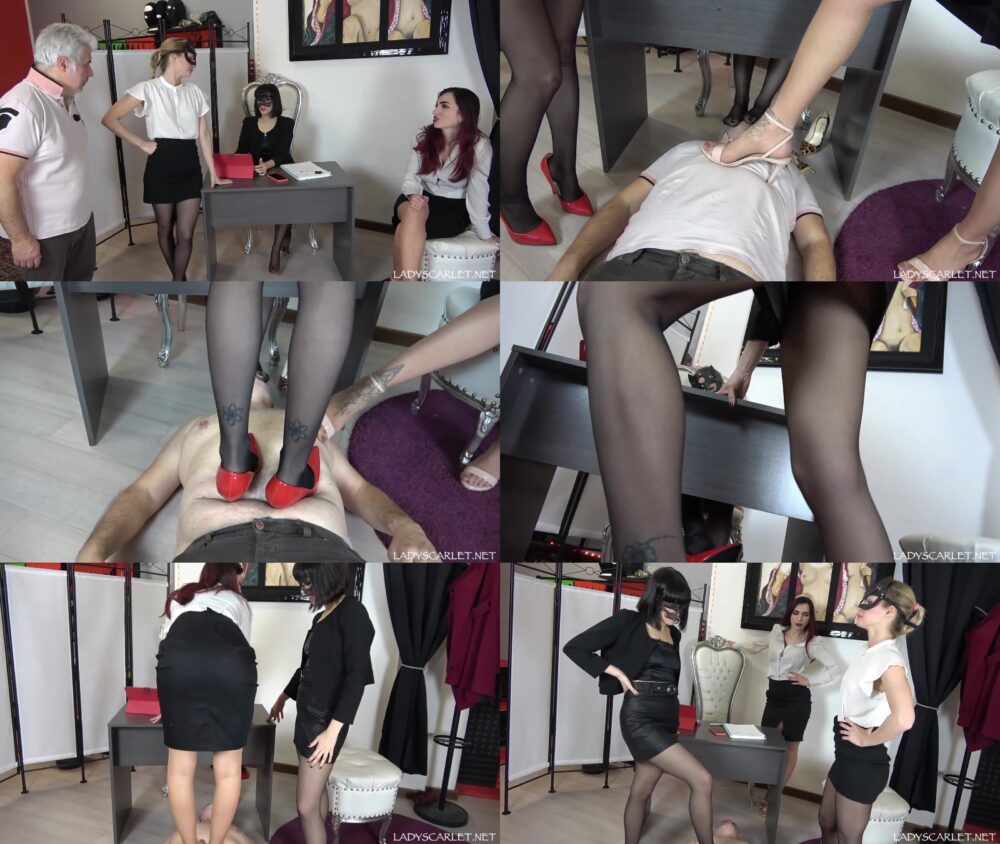