Jolene Hexx paid good money for her prey when she was told she could maim and hurt him however she’d like. As she approaches him in the cold damp cell, her footsteps make him tremble in fear. She makes her way behind him, and pulls the plastic bag that’s over his head, even tighter. Her prey struggles for air as he tries helplessly to breathe through the plastic. Showing her first and only act of mercy Jolene jams her leather glove into his mouth, tearing a passageway for him to breathe.

As her prey begs for water, Jolene slaps him into silence. She binds his hands behind his back, and lets him know he’s never going to leave the room. His eyes widen with fear as jolene breaks at the cattle prod. After letting him know her intentions, she begins to electrocute him. Quick taps turn into prolonged electrocution, and his body twitches and tightens.

Jolene continues to get her money’s worth, fish hooking his mouth from both sides, while threatening to tear him from ear to ear. More electrocution and face slapping leaves her prey begging to be finished, to which Jolene happily obliges him. 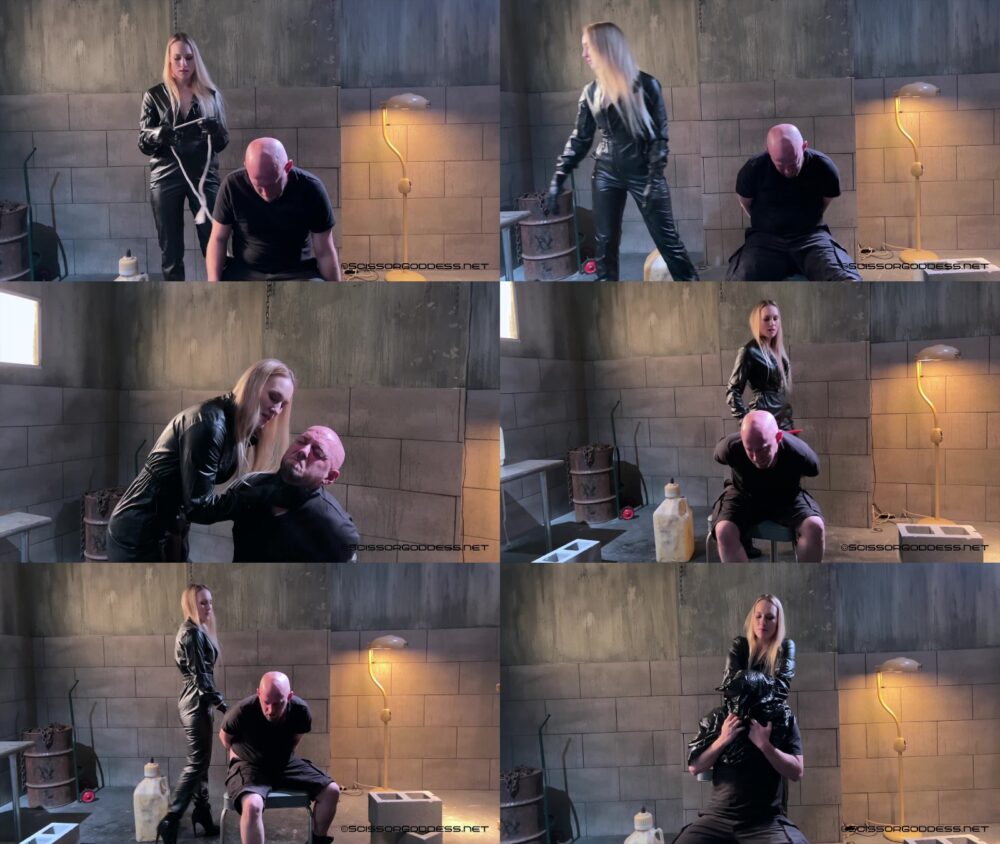