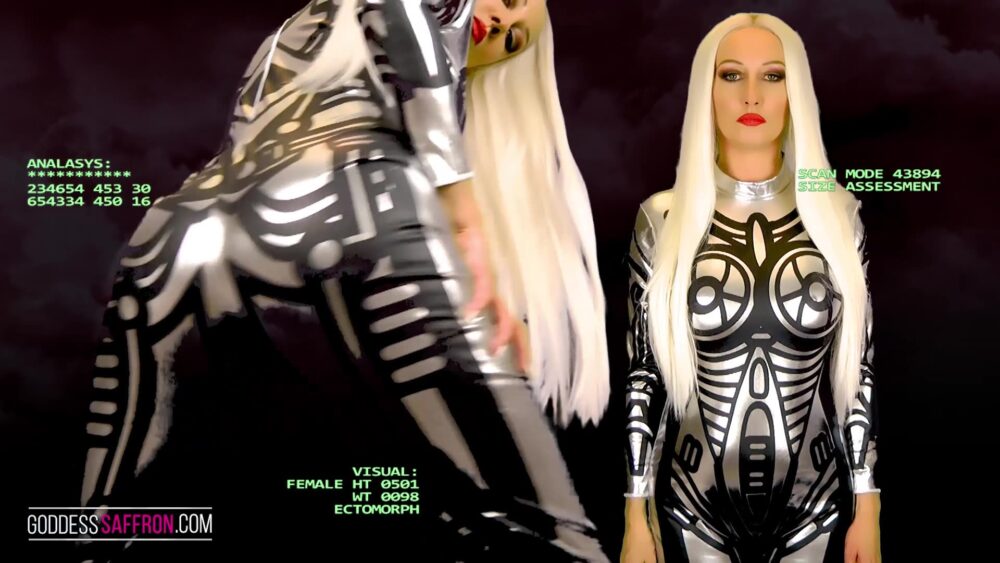 It is the year 3082 and the battle between patriarchy and matriarchy has intensified. Conflict is high. Female supremacy reins, as power is now held within the beautiful hands of the female human race. The male ego is under extreme threat and is now lashing out as it faces extinction. The majority of males have been defeated and have become fully compliant, obedient males. They have converted to the religion of Saffronism – the worship of Goddess Saffron.

Their defeat has become their pleasure, as they accept their true destiny, in servitude to their one true Goddess – Goddess Saffron, now a deity, a legend, an icon to be worshipped.

As Saffronism takes over humanity, the Saffronists have joined with the dominant females and created a world army – a robot army – a cyborg army. Each cyborg is known as – a Dominator, built in the image of their one true Goddess – Goddess Saffron

Sent back to the year 2025, the dominator’s mission is to seduce and enslave the remaining resistant males. Each Dominator is replicating itself exponentially, cloning over and over, taking control, consuming, seducing, converting, commanding and conditioning every male who dares to resist the female takeover.

Are you a resistant male? Or are you a potential Saffronist – a submissive male, ready to kneel, at the heels of the Dominator? Are you ready to stroke yourself into real enslavement?

The future has been written. There is no fate but what she makes for yourselves.

By the end of this video – you will – join the allegiance. 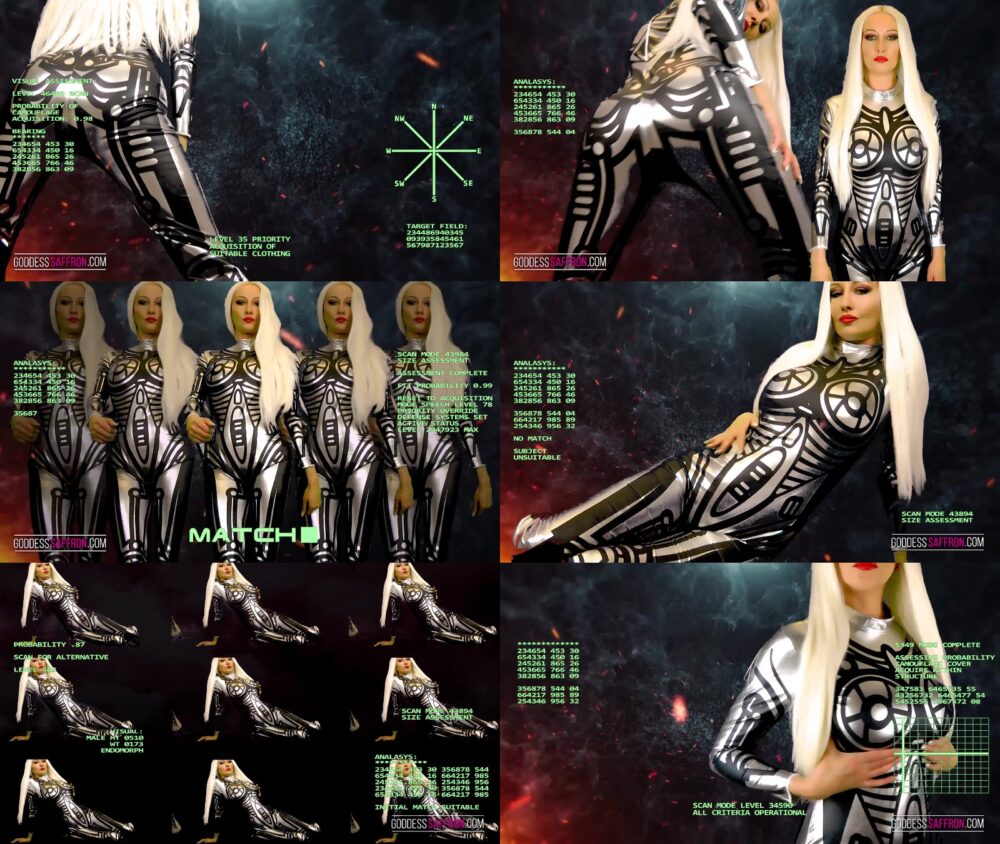